Showing up and growing up

Twenty years ago, when BC was a child in Panama, no one celebrated Halloween.  Boy, has that changed.  When expats introduced Halloween to Panama (costumes, free candy, games), the kids were all about it!  It still primarily is an expat holiday, but the local kids love to join in the fun.  We celebrated all weekend with multiple parties.

AJC is obsessed with all things fast, so when he decided he wanted to be Dash from the Incredibles, it led the perfect family costume, Los Incredibles!  PJC loves Baby Jack-Jack which gives him an excuse to keep acting like a baby.  And of course, BC and I were happy to join in the fun.

Our first party was in the small town of Canas at Surf Dojo, a surf/skate training park.  With it’s skate ramps, trampolines, and foam pit, it was the perfect scene for a party.  The place was packed. 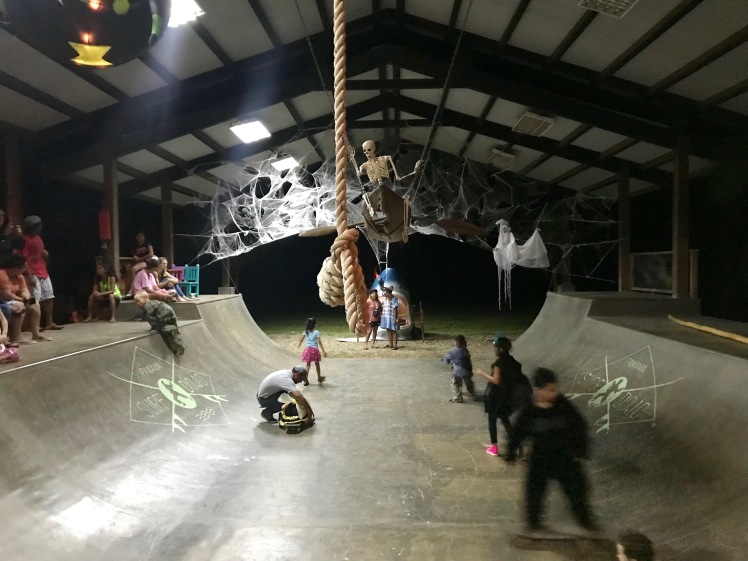 My favorite Halloween photo of all time!

The second party was at the Surf Dojo in Playa Venao.  This was my first Halloween party on the beach, and there’s nothing like costumes covered in sand.  Eventually we switched out our costumes for bathing suits and played in the waves.  We also watched the “Whatever Floats” contest in which participants built boats out of surfboats, pvc pipes, shark heads, bicycles, etc. and tried to surf them.

On Halloween Day, we celebrated in the town of Pedasi.  The local expat community hosted a Halloween party in one of the restaurants.  It was packed with expats and kids from the local community.  It was everything I hate in a party: super crowded, loud, and HOT.  I was ready to go after ten minutes, but the kids were loving it.  In addition to the games, they really liked seeing all of the other costumes and spotting their favorite characters. 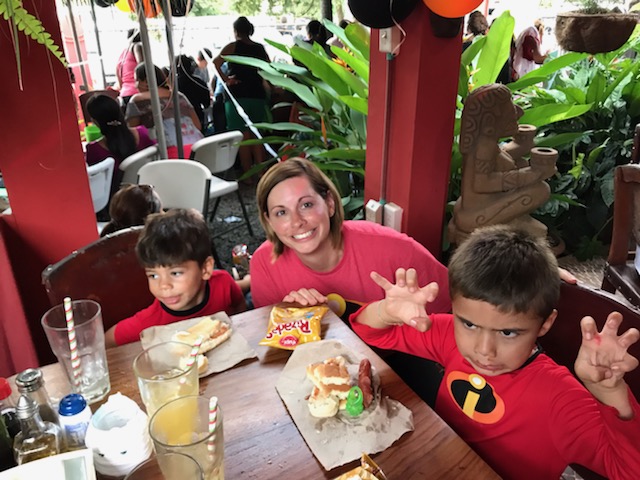 Here’s the only family Incredible picture we got- this is the best we got after several attempts. 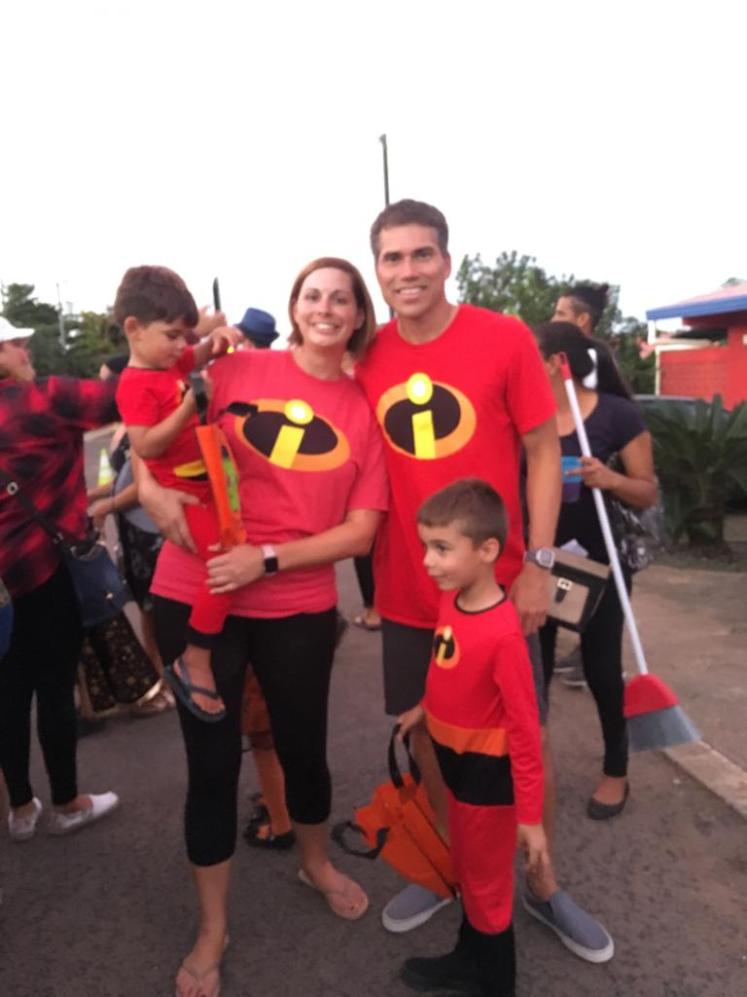 AJC already has our costumes picked out for the next 5 years, so it looks like there will be lots of Halloween parties in our future.

All in the Family

Chronicling our family adventures as we leave behind the corporate hustle and suburban comforts to start a tourism business in coastal Panama.